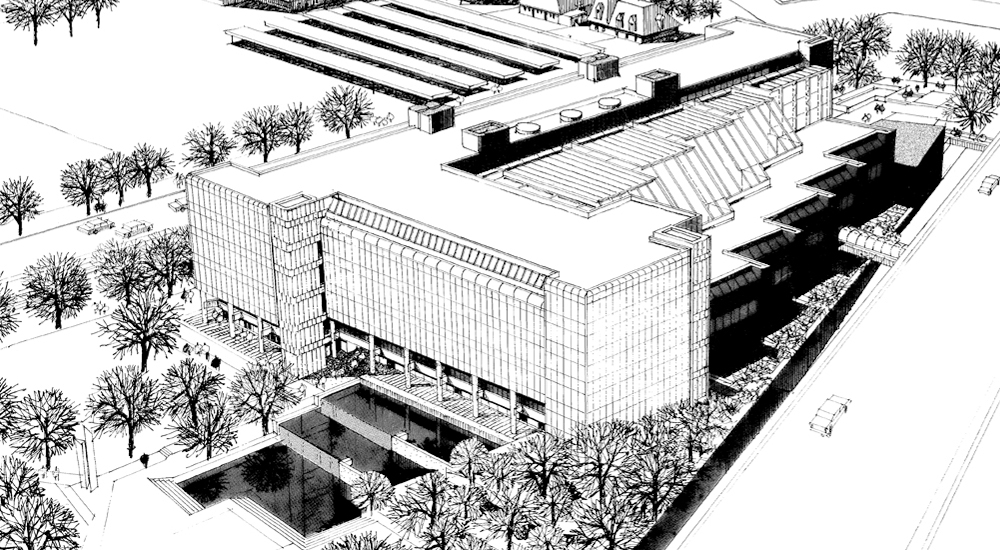 GENERAL INFORMATION ON THE COMPETITION
Description
EVOLUTION OF THE COURTHOUSE'S ROLE

Traditionally, the main function of administration of justice inside the walls of a courthouse was to allow courts to submit judgments, whether to end civil disagreements or to ensure application of the penal and criminal laws.

The courthouse was then a privileged place for the judges, lawyers and court officers, which work there daily. The citizen happened to mainly access the courthouse to obtain justice.

During the last decade, the justice extended and diversified its activities to better respond to the evolution of the social and economic developments. Therefore, the courthouse became a place of judicial services not only to the litigants, but also to all citizens.

Today, the citizen goes to the courthouse to marry civilly, to register partnership declarations or to make a voluntary deposit. It is a place where the citizen deals with family affairs, probation, and youth issues due to the presence of the Youth Court.

Some indicators as the progressive diversion of certain courts, a tentative to standardize the judicial proceedings, already indicates new mode of action in the judicial institutions. New technology as computer sciences, useful for a better transmission of information, and microfilming and viewing legal documents already arrived in some courthouses. Clearly, justice wishes to benefit of the technological developments.

Since our judicial institutions must inevitably participate to the collective existence and adapt to progress, the physical setting that host them, namely, the courthouse, must provide for all the conditions making possible its evolution.


LOCATION IN THE CITY

The future courthouse of Québec will be built in the lower city, east of the St-Roch neighbourhood and in the former courthouse train station area.

This site is located at the junction of major automobile traffic artery, namely the Dufferin-Montmorency highway, the Boulevard Charest-rue St-Paul,and the Boulevard Des Capucins. Also, the building will be nearby the intermodal station municipal project.

This project will also contribute to enhance and develop the banks of the St-Charles River and the surrounding lands. Formerly reserved for industrial vocation, those lands are now mainly dedicated to housing. The Louise Bassin and the St-Laurent River could also act as a visual interest centre for the site.

OVERVIEW OF THE FUNCTIONAL NEEDS

The future Courthouse should be integrated to the urban grid of the neighbourhood in which it will be built. The accesses and outdoor spaces should contribute to create an inviting project.

Part of the parking destined to the building's occupants will be located in the underground spaces; the other part and the parking reserved for the public will be designed on ground, nearby the main building.

The planning of internal circulations will consider the needs of the many activities and the diversified clientele that flows through the courthouse. Thus, it is expected to design five types of circulations:

- A public circulation that will mainly serve the hearing rooms and the courts' services, such as registries.

- A restricted circulation primarily reserved for the magistracy, which will connect the judges' offices and the hearing rooms. This controlled circulation will also serve the juror, the courts' staff and, occasionally, the lawyers and visitors.

- A secured circulation used by the defendants and their guards. This circulation will connect the reinforced prison vehicle portals to the adult detention facilities, to the adjacent detentions satellites and to the hearing rooms of the penal courts.

- A secured juvenile circulation used by the youths and their guards to connect the vehicles' portal to the juvenile detention rooms.

- A service circulation dedicated to the operating specific needs of the building.