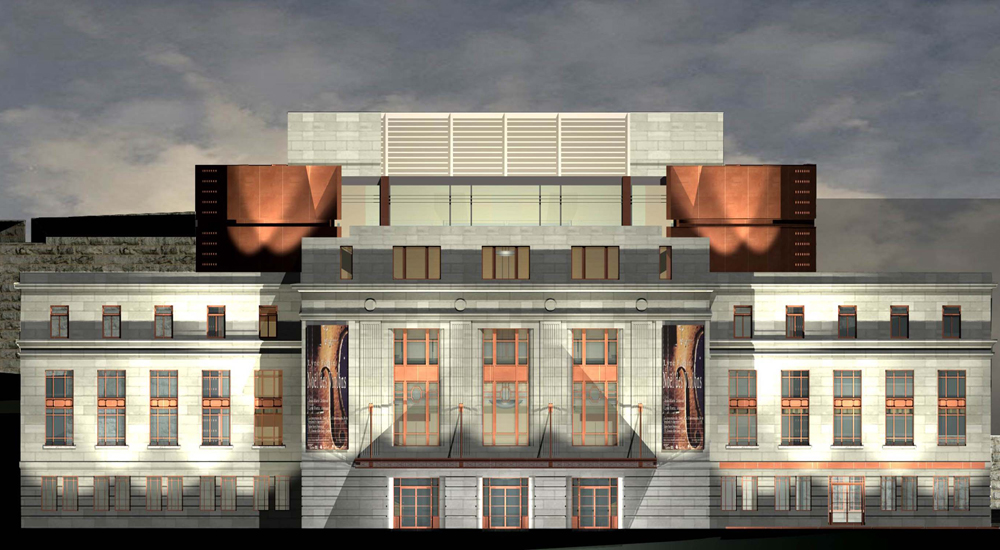 Following a provincial call for candidates, four architects, agencies and groups based in Quebec City were selected for the second compensated phase. Following this part, defined as a "concept sketch", the jury recommended a winner from among the four Quebec City competitors.

One of the main integration issues of the competition was the main façade of the Palais Montcalm, which, according to the competition program, was to be affected only moderately in order to preserve its original character. Interventions on the exterior of the auditorium were to be done in continuity with the recently developed contemporary architectural style. Beyond the architectural and technical qualities sought, the renovation of the Palais Montcalm had to meet the needs of its internationally renowned chamber orchestra in residence, Les Violons du Roy.