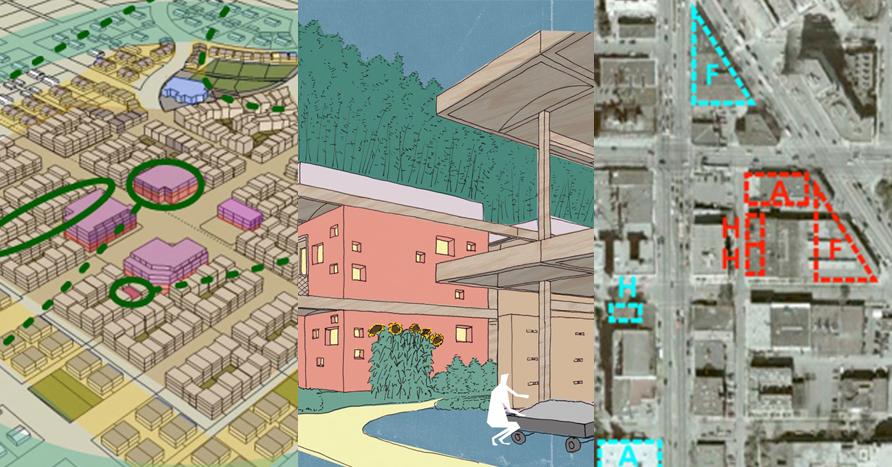 Building Bold
This category is geared towards bold, innovative ideas for creating large amounts of affordable housing in Vancouver. Utilizing land within 800m of an existing or proposed rapid transit line, or land and properties owned by a public body such as the City or another level of government--what can we do that we're not doing now? How can we get affordable housing built in a way that meets the needs of Vancouver residents now and in the future, AND create opportunities for food production, active living, energy production, transportation, green space, learning and employment? How can we work with third parties, like philanthropists, not for profits, and financial institutions to finance and build affordable housing in Vancouver? This is an opportunity to explore a site-specific solution that uses new technologies, financing models and materials as well as new mixes of uses and locations. These are big-picture solutions that take care of the basics--meeting the needs of Vancouver residents now and in the future--building bold now, to create a resilient and healthy city for tomorrow. Winners will be selected in two streams within this category, Building Bold: Public Land and Building Bold: Private Land. (Submissions that use a mix of public/private should be entered into the public stream).