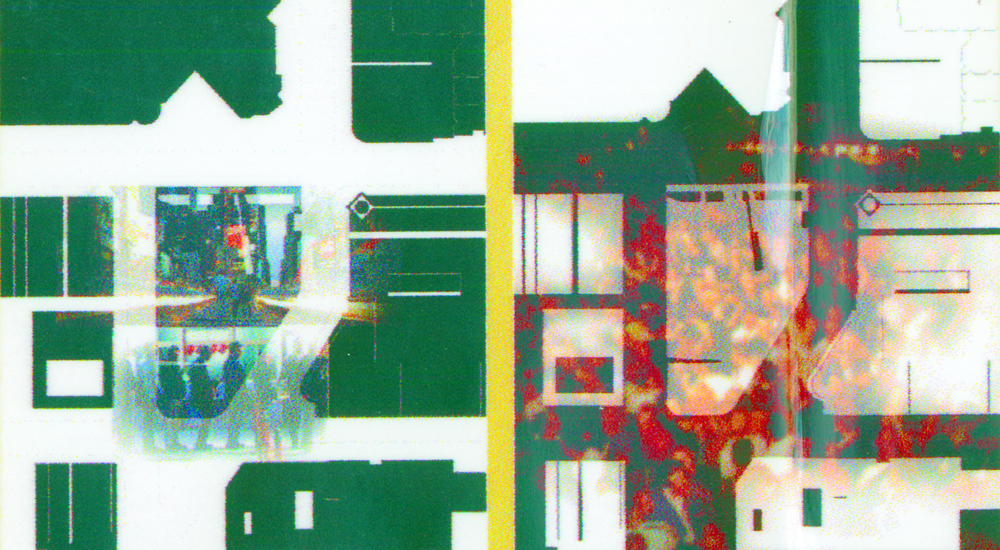 GENERAL INFORMATION ON THE COMPETITION
Editorial
Toronto Update: Dundas Square (1998) and Fort York Visitor Center (2009)
by Anne Cormier, published 2011-02-11
The elected of the Queen City have not hesitated in recent years to use the competition process to transform large public spaces including the Nathan Phillips Square and the shores of Lake Ontario. Toronto seems today to be the top ranking city of urban design competitions...

Toronto documentation, however has arrived in dribs and drabs (notice to interested parties), as the L.E.A.P. lab at Université de Montréal begins 2011 by presenting two competitions of great interest a few years after they were held. Their archival in the CCC will contribute to a more complete picture of the role of competitions in the development of the city of Toronto as well as to the architectural and urban ideas that we can draw from. The winning project of the first competition introduced this month, Dundas Square, is now built; the Fort York Visitor Center meanwhile is awaiting funding and should be built shortly. Eleven years have passed between these two competitions and we note that the passage of a decade is manifested mainly through the digital mode of representation and the emergence of obvious concerns for sustainable development.

Dundas Square is situated at the heart of the city, at the intersection of Yonge Street, the main thoroughfare of the city, and Dundas Street. This is a new urban space that was destined to become the Times Square of Toronto and to the achievement of which a section of the urban fabric dotted with small shops typical of Yonge Street has been compromised to the chagrin of some.

In the first phase, 48 teams submitted their candidature and outlined their intentions, of these, six competitors were selected to develop a project in the second phase with remuneration. Competitors had to contend with an irregular site perimeter, an underground parking on three and a half floors built by a third party, a connection to the subway and PATH (the Toronto underground system), a ticket office (T.O. TIX, the Toronto equivalent to the New York TKTS) and many popular activities. The program also announced the installation of giant screens in front of the buildings bordering the square.

Curiously, this noisy context inspired at least two of the most sober proposals including that of the winners Brown and Storey Architects, a firm renowned for its sensitive urban interventions who was inspired by their own work on the ravines of Toronto to develop a very nuanced project relying on the history of the site. Kohn Schnier Architects less known for the discretion of their interventions have equally opted for serenity nestled "in the eye of the tornado". In use however, once the winning design was built and adjacent buildings completed, it appears that the tornado has prevailed.

The competition for the Fort York Visitor Centre, launched in anticipation of the bicentennial celebrations of the War of 1812, offered a fascinating architectural design exercise with regards to the history, the territory as well as the notions of limit and scale. As a reminder, the War of 1812 was between Great Britain and the United States where Fort York situated in the Upper Canada had twice been looted during the clashes.

The fort built on the shores of Lake Ontario, at the mouth of Garrison Creek (garrison of the French word ‘garnison'), is now surrounded by huge pillars of the Gardiner Expressway, an endless elevated infrastructure that separates Toronto's downtown and lakefront, by the important footprint of the CN rail and Bathurst Street. With time and urbanization, embankments have erased Garrison Creek and moved the shore of the lake 500 meters south. The territorial context of the fort was upset to the point of becoming completely incomprehensible.

The four firms that participated in the competition following a call for candidacies, proposed highly developed projects, each of them offering an original strategy to reinterpret this very challenging context. In all cases, the projects implemented under the pillars of the Gardiner Expressway or against them, negotiated between the strangely bucolic nature of the "commons" situated near the fort, the reality of the contemporary city and the relationship to the Gardiner highway. And in the end, the sharpness and strength of the peaceful representation of the winning proposal, Patkau Architects / Kearns Mancini Architects, which offer a skillful and idyllic reading of the highway (one of the renderings has been used by the Fort York Foundation on the homepage of their website, www.fortyorkfoundation.ca/FYFnews.html) significantly weighed in the balance of the architectural judgment. For you to see...


NOTE: The author would like to express her thanks to Marie-Paule Macdonald, professor at the University of Waterloo, for her comments and infos.
(translated by Carmela Cucuzzella)

Description
The City of Toronto is pleased to announce a nationally advertised, two-stage competition for the design of Dundas Square. Dundas Square is to be a new public open space located in the heart of Toronto, an animated urban square to serve as the centrepiece of the revitalization of downtown Yonge Street.

The successful design and construction of Dundas Square is vitally important to the Yonge Dundas Redevelopment Project which is promoting the revitalization of Yonge Street. The City of Toronto is committed to design excellence and has chosen a design competition as the vehicle to achieve such excellence and award a design contract.

The shape, form and character of Dundas Square will reflect the goals of the Redevelopment Project, the activities that will take place in the Square and the surrounding developments as well as public objectives expressed by community advisory groups. The Square's design will also be reflective of the various requirements imposed by the construction of an underground parking garage beneath the square, and the creation of new connections to the Dundas TTC subway station and the PATH underground walkway system.

The creation of a major new public place in the heart of Toronto presents a magnificent design challenge. In preparing their submissions, competitors should have regard for the following opportunities:

This site, on Toronto's historic main street, is at the centre of the urban region and the design should reflect the metropolitan image, energy and excitement characteristic of such places in the great cities of the world.

All cities need memorable places of beauty and identity to enrich their civic life. Dundas Square is just such an opportunity, both for the square itself and for any proposed features within it. Dundas Square could well be the location for a major water feature, public art clement or other major installation.

The square is to be an highly animated place by virtue of its location, its hours of use and the high density of pedestrian and vehicular movement through and around it and flexibly accommodate different levels and types of uses. It should flexibly accommodate large and small formal and informal events, as well as the needs of visitors and residents of all ages.

The square must complement and contribute to the activity generated by surrounding developments, which both in design and use patterns will greatly affect the life of the square. To the extent possible, such activities should flow easily into the square.

The design of the square must project a sense of safety and security for its users, offer effective formal and informal surveillance and provide for barrier free access.

The square design should recognize the reality of Toronto's climate and provide mitigation from extremes of heat, cold and wind so as to provide for all-season use of the square.

Both the parking garage and the TTC subway station have access and functional requirements which should be treated as opportunities rather than constraints on the design of the square.

The design should reflect that Dundas Square is not only a major open space on Yonge Street but also an entrance to Ryerson Polytechnical University and the developing residential area to the east.

The design of the square should be sufficiently robust and capable of easy maintenance to sustain the levels of use and types of activity anticipated.

The design of the square should recognize the function of Dundas Street and Yonge Street as important vehicular and transit routes and should appropriately encourage safe pedestrian movement across these streets.

The design of the square should recognize the City's commitment to environmental objectives through appropriate environmental principles and practice.

(From competition's documentation)
Jury comments
List of Competitors
Competition staff and jury
Calendar
Press Review
List of general documents
(not accessible)
IMPORTANT NOTICE : Unless otherwise indicated, photographs of buildings and projects are from professional or institutional archives. All reproduction is prohibited unless authorized by the architects, designers, office managers, consortiums or archives centers concerned. The researchers of the Canada Research Chair in Architecture, Competitions and Mediations of Excellence are not held responsible for any omissions or inaccuracies, but appreciate all comments and pertinent information that will permit necessary modifications during future updates.
info@ccc.umontreal.ca
Production