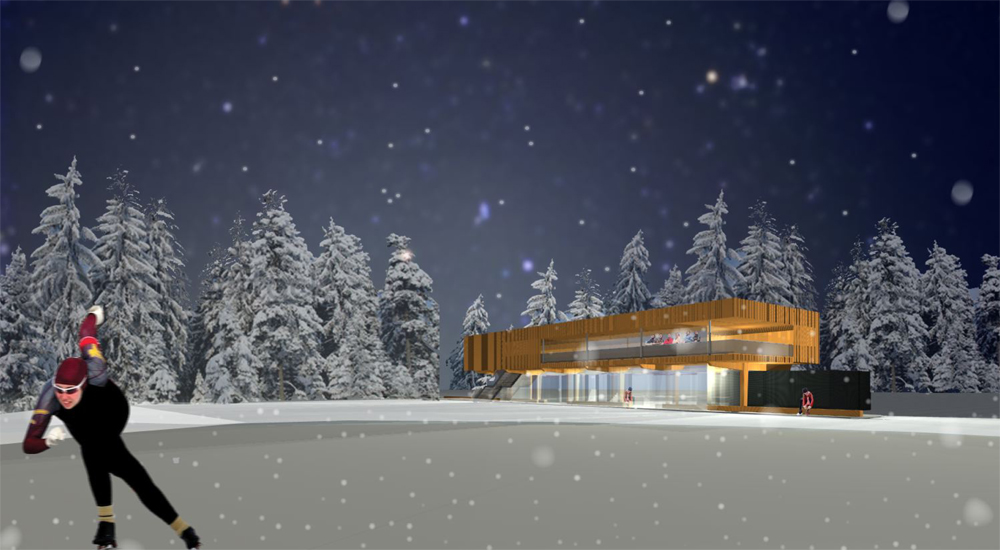 GENERAL INFORMATION ON THE COMPETITION
Description
History
Victoria Park was named in honor of Queen Victoria (1819?1901). The majority of this park land was acquired by the City of Edmonton in 1912, at which time it was known as Hudson's Bay Company Flats. It was renamed to Victoria Park after local women's groups petitioned City Hall to identify the park with a famous woman. The land was established as an urban river valley park that proved to be popular as a picnic destination and with local sports groups. A rifle range, horse stables, and Edmonton's first cricket pitch were established. Victoria Park is located on the north bank of the North Saskatchewan River, west of the High Level Bridge. The site is 122 ha. The River Valley by-laws apply to this site. Today, the site has a number of uses and amenities. The rifle range and stables no longer exist, but the park has picnic sites, hiking and bike trails, a ball diamond, horseshoe pits, a cricket pitch, and an outdoor ice skating rink in winter. Victoria Park Golf Course is located within the park. It is an 18 hole golf course with a driving range, and is owned and operated by the City of Edmonton. Trees have been planted to separate the golf links from the reminder of the park. During winter months, the slopes above the park became a series of sleigh, toboggan, and ski runs. There are existing portable trailers at Victoria Park which accommodate both City of Edmonton and partner group needs. The trailers and public washroom facilities have reached the end of their lifespan and will be removed to facilitate the development of the new amenity building.

Program Synopsis
A central amenity building is required to serve a variety of functions at Victoria Park. It shall provide public washrooms and should accommodate several expressed needs of site stakeholders. The building will act as a central amenity building for Victoria Park serving both the public, ongoing seasonal programming carried out by the City of Edmonton, and the Edmonton Speed Skating Association. The Edmonton Speed Skating Association, a partner group with the City of Edmonton, would like to have the ability to utilize meeting space, skate change, and washroom areas. Over the long?term, the Edmonton Speed Skating Association has requested additional space for training, storage, and ice?resurfacing equipment. The fundamental concept for the design of this building is an environmentally sustainable and flexible structure consistent with development standards in Edmonton's River Valley. Space for the public, partner groups, and City of Edmonton programming are the primary programmatic elements. The structure shall be designed for LEED Silver rating as per the City of Edmonton's Ecovision and shall include a high standard for day lighting and natural ventilation. The plans should be organized such that the base building (CoE funded) components could be built in a prior phase to the partner organization components if required.

Victoria Park proved to be one of the most difficult for the jury. There were many appealing submissions but most were deemed to be over the budget and difficult to pare down. This submission won the first award because it is elegant and straightforward. It will serve the park well in all four seasons. With careful design, it can probably be constructed within the budget. The jury liked the second level observation deck. The building will be warm and friendly.

Second Prize: No second place has been awarded. The preferred submissions were deemed to be too expensive to construct.

This submission generated a great deal of discussion partially because the graphics were so appealing. The building, as presented, would be significant landmark. In the end, the jury was not convinced about the functionality of the A?frame structures, providing a great deal of interior volume. The proposal for incremental construction was not convincing to the jury. The images presented the building only in the winter and the jury wondered how the building would appear in summer, and if it would have the same visual appeal.

Aspen Overpass: A New Recreation Pavilion for Victoria Park by WilliamsonWilliamson Inc, Toronto
The jury felt that this was one of the most poetic of the submissions and very well suited to the site. They liked the trail over the top and the skating under the extended roof. This project would likely exceed the budget in order to construct these features. The graphics were very nicely presented.